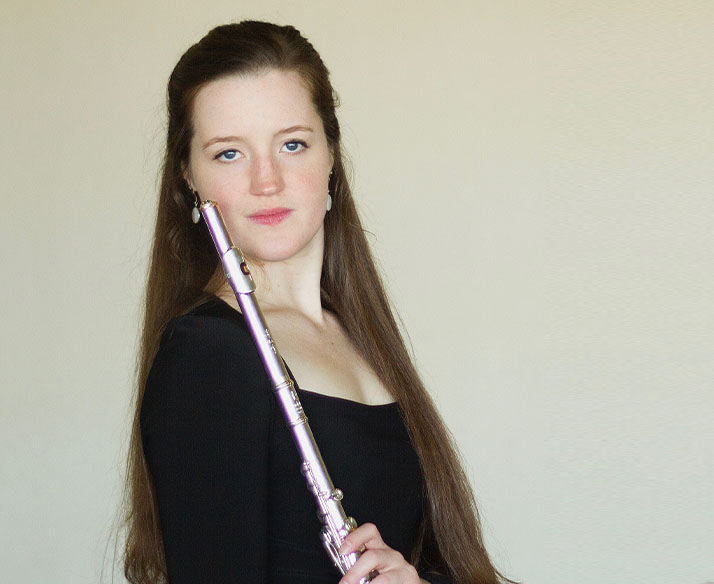 As a chamber musician Sarah has performed with numerous ensembles, a highlight of which was performing Boulez!s infamous Le marteau sans maître in the 2018 Ottawa Chamberfest!s New Music Now Festival. Sarah has had the honour of being invited to participate in several other chamber music festivals across Canada as well, including Banff’s Evolution: Classical festival directed by the Gryphon Trio, and the Bathurst Chamberfest in New Brunswick.

A passionate and well-respected teacher, Sarah teaches flute and piano students across Canada, and she maintains a private studio in Toronto, Ontario. She has been invited to coach the flutists of the Durham Youth Orchestra as well as the Québec Youth Wind Ensemble.